You should also work with with a naturopathic or homeopathic physician to prepare your body for mercury and heavy metal removal and detoxing your body from mercury and other heavy metals after your fillings are removed. Failure to do so can cause your body to get extremely sick as it attempts to detoxify on its own.

There is also a danger to dentists and assistants that arise out of the  removal of mercury amalgam fillings in the waste water and vapors released into air. These dangers exist for both for dentists who place mercury fillings, but also for dentists who remove them. For this reason, not only should there be strict protocols which should be followed in removing mercury from a patient’s mouth, but all dentists should be taking environmental precautions to protect their city’s water supply.

Most cities do not even realize the danger dentists are contributing to poisoning the air and water supply around us.  I actually conducted a “test” of my office’s wastewater by having City water officials come out and test the wastewater from my dental office before and after putting in mercury separators. Putting in the mercury separators resulted in a 98% reduction in mercury levels into the City’s waste water system.  In fact, except for certain cities that have adopted rules requiring dentists to install mercury separators on their wastewater, dental offices around the country continue to poison our nation’s water supply! For environmental reasons alone, the use of mercury fillings should be banned completely. However, when you factor in the damage mercury fillings can cause to your health, it is clear that the costs of using mercury fillings outweigh any benefits their advocates may claim they provide.

All pictures taken and provided by Dr. Stephen Kovar

* The Poison in Your Teeth, by Tom McGuire, DDS

* It’s All In Your Head: the Link Between Mercury Amalgams and Illness, by Dr. Hal A. Huggins 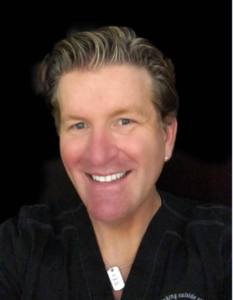 He attended Montana State University at Bozeman, Montana studying Biomedical Sciences. He then pursued his dental education at Oregon Health Sciences University, School of Dentistry where he graduated with Honors in 1995. Following dental school, Dr. Kovar completed a General Practice / Hospital Residency at the West Los Angeles / UCLA Veterans Administration Medical Center. Upon completing his residency, Dr. Kovar moved back to Portland, Oregon where, for 10 years, he established his dental practice and also was an Assistant Professor of Restorative Dentistry at Oregon Health and Sciences University, School of Dentistry.

In July, 2004, Dr. Kovar achieved the honor of receiving a Fellowship in the Academy of General Dentistry – an honor that less than 5% of all dentist’s in North America has achieved.

Dr. Margolis at the 2010 FDA hearings on mercury fillings